All About: Antepartum Doulas

The term "doula" refers to a birth or life-stage professional who provides four key things to their clients: physical support, emotional support, informational support, and advocacy support.  There are many types of doulas.  Over the next several weeks, I will be talking about the types of doulas specific to pregnancy, labor & delivery, postpartum, and pregnancy loss.  Each week I will focus on a specific type of doula, her role, and the benefits she provides to her clients.

Antepartum Doulas: What They Are 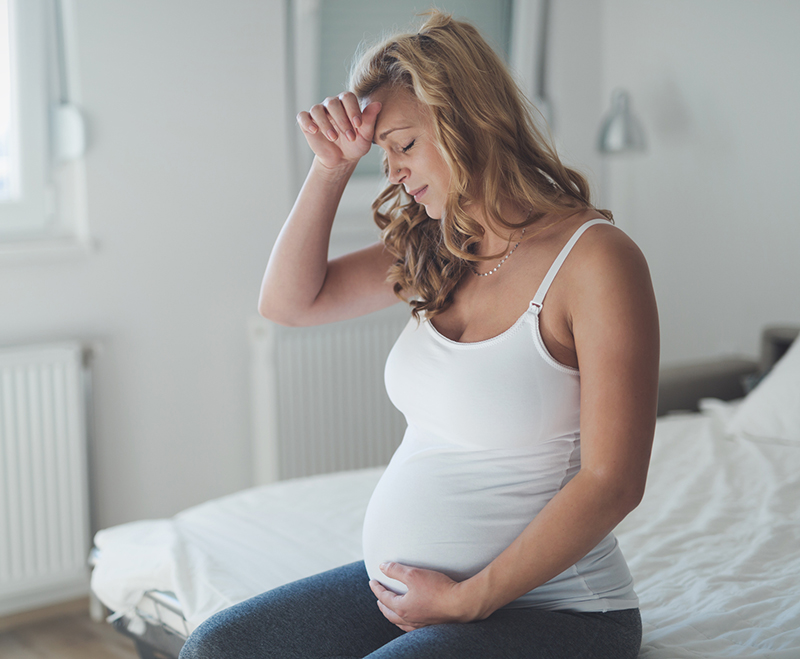 Antepartum means "before birth" and as such antepartum doulas have specific training to care for clients during their pregnancies.  This type of doula specifically aids women with high risk pregnancies who may have been put on bed rest, have a severe medical condition that impacts her pregnancy, be a teen or single mother, be an at-risk mother, be a rape survivor, or have some other risk factor that may impact their pregnancy.


Emotional Support
Perhaps the most important role of the antepartum doula is to provide her client with empathy, reassurance, and a sympathetic ear.  Antepartum doulas have special training and experiences that allow them to empathize with mothers in these unique situations and can provide a much needed and impartial ear for women who are going through less than perfect pregnancies.  There is a lot of guilt associated with "not enjoying" being pregnant - an antepartum doula accepts and respects this as part of the variations of normal when dealing with a pregnancy that may be unwanted, cause the mother extreme physical distress, or that may be the product of rape and she can help the mother as she navigates her way emotionally through her pregnancy.

Physical Support
Many high-risk pregnancies require a lot of extra physical support.  For example if the mother is on bed-rest she may need someone to prepare meals, do light house work, take her to and from appointments, or perhaps watch older children.  Whatever the need, the doula is there to make sure the mother is well-supported physically during her pregnancy.

Informational Support
Moms with health concerns for themselves or their babies tend to have a lot of questions, or may be unaware of their options for care.  Their antepartum doula is there to help fill in the gaps that may be missed during her appointments with care providers or who can offer unbiased information about the pros and cons of different treatments or interventions the mother may be considering.  The doula may also have information specific to the issue her client faces, providing insights or tips for the mother to discuss with her care provider that may help make her more comfortable or manage her pregnancy symptoms better.

How To Find An Antepartum Doula


Finding an antepartum doula can sometimes be a little bit of a challenge.  Since antepartum care is not as wide-spread or well-known as other the types of doula specialties there are not as many resources available to search from, especially in smaller or rural areas.  The best place to start is probably an internet search, followed by asking for references from local high-risk pregnancy groups you can find either through your care provider or online.  Keep in mind that many birth or postpartum doulas may offer antepartum services, so if you are stuck or having a hard time finding someone in your area it is worth sending a few inquiries to doulas asking if they may provide antepartum services.  Lastly local area birthworkers like Certified Practicing Midwives, Certified Nurse Midwives, midwife assistants, and doulas can also be a great referral resource for expecting mothers and their families.
at October 19, 2018 No comments:

Like most mothers, Lindsay spent her pregnancy envisioning the beautiful experience she was about to have welcoming her son Greyson into the world.  Mothers are told how beneficial and easy it is to breastfeed, and Lindsay was told nothing different.  So when things did not come as naturally or easily as she was led to believe, Lindsay found herself faltering.  This is Lindsay's story.

"When I was pregnant, I pictured a wonderfully natural nursing relationship with Greyson. Greyson, however, had other plans for us. He was a hard latch from the start. The LCs at the hospital, while meaning well, told me to just keep trying. Getting home was terrifying because I wanted to make sure he was getting enough to eat, but he cried a lot when trying to latch which would stress us both out, and created a vicious cycle. By our first pediatrician’s appointment, Greyson had lost 9% of his body weight, putting him dangerously close to “failure to thrive” territory.
Meanwhile, I was a wreck. I had just brought home this beautiful boy and I was stressing and crying beyond control trying to feed him. I didn’t want to “give up” and go for formula (side note—I have always believed in Fed is Best, and I believe formula is perfectly healthy—but my hormones and mom instincts to nurse were insane...and I do NOT believe that giving formula is “giving up,” it’s just how I was feeling at the time). I decided I wanted to fight to breastfeed. I brought an IBCLC out to my house the same day of his first pediatricians appointment, who held me and told me that it was OKAY if I gave him some formula and OKAY if I pumped. For some reason, despite hearing it from many others, hearing it from her felt freeing. Here was this expert, and she couldn’t get him to latch. She saw how stressed he got, and in turn how stressed I got. She even let me know that the reason she became an IBCLC was because she’d had a completely similar experience with her own kids. She showed me how to pump and told me I’d have to pump every 2 hours for a month to get a supply going. I started right away.
For the first two to three weeks we supplemented what I pumped with formula. The mom guilt was REAL. The jealousy was REAL. People would check in with me and ask “How’s your breastfeeding relationship going?” meaning well, but it was like a knife in the chest. It hurt my heart to see latched mamas. I longed for that relationship too.
Eventually, I started making enough so that I didn’t touch the formula in the pantry. Then I made more. And more. I didn’t stick to a two hour schedule for long because it drove me insane. I found 3 hours to be much more doable, with a longer stretch at night. Life became less insane. Less stressful. More about enjoying my boy. I became less afraid. I began pumping in the car to save time when I could. I bought three pumps so I wouldn’t have to lug them around everywhere. I put s fridge in my room to store milk. I did all that I could to make it easier on myself, because it’s HARD!
Today I made my first donation to the CHKD Milk Bank. 154 ounces. My supply is not fantastic at the moment because I’m sick, but I’m confident I’ll get it back up. Still, even if I don’t, my kid has had almost 20 weeks of milk because I. Didn’t. Give. Up. Of course, I was also blessed to be able to respond to a pump and to have a supply. Some mamas are not as lucky, and therefore I am thankful.
We still continued to practice latching, so that my body could respond and make the type of milk Greyson needed. We were doing really great, latching about once per day when I went back to work, but now it stresses him out again, so I don’t push it. I know either way, my kid is going to be fed. If I dry up tomorrow, he still went 20 amazing weeks with mom’s milk. Also, my kid is HAPPY. Seriously, this kid smiles ALL THE TIME! That’s what truly matters to me. He’s happy, and with either formula or milk, he’s healthy.
I wish I could talk to all brand new moms struggling with the same thing and tell them that everything is going to be okay. I also wish I could go back and give May 2018 Lindsay a hug. To tell her not to be so hard on herself. To show her a glimpse of the future just four short months down the road. Still, I’m so proud of her. She was the embodiment of #NeverthelessShePersisted."

Shared with express permission in the hopes that another mother who is struggling will read Lindsay's journey and find strength & comfort.
at October 03, 2018 No comments:

What is a Doula? Doula is an ancient Greek word that roughly translates to "a woman who serves." In modern times, the term doula...

My name is Meagan Flaherty and I am a birth and postpartum doula in the Hampton Roads area of southeast Virginia as well as a stay at home mother of three wonderful, crazy, amazing children. In August of 2017, I began the process to become certified through DONA International as a birth doula. While working on the requirements for certification through DONA, I cross certified with the Madriella Doula Network as a birth, postpartum, and professional doula as well as a Madriella certified childbirth educator all while running my doula business, Beltane Birth Services LLC, and raising my three children. In April of 2019, I earned my DONA International birth doula certification. I truly love sharing experiences, knowledge and support with other women and I am thankful to have the opportunity to share these stories and information with you here!
Check out my website Beltanebirthservices.com for more information about me and the services I offer!